WHAT TO KNOW ABOUT THE COUNTRY BENIN REPUBLIC.

The Republic of Benin was formed in 1960 when the colony of French Dahomey gained independence from France. Prior to this, the area that is now the Republic of Benin was divided largely between two coastal kingdoms, Dahomey and Porto-Novo, and a large area of various tribes in the north. The French assembled these various groups together into the colony of French Dahomey, which was part of the various colonies of French West Africa from 1904 until 1960. In the independence era, the republic was extremely unstable for the first decade and a half of existence, with multiple governments and multiple military coups. In 1972, Mathieu Kérékou led a military coup deposing the Presidential Council and appointing himself as the head of state, a position he held until 1991 when the country returned to multiparty elections. Since that point, the state has held multiple presidential and legislative elections and a number of different parties have become important.

Dahomey was a French colony of and a part of French West Africa from 1904 to 1958. Under the French, a port was constructed at Cotonou, and railroads were built. School facilities were expanded by Roman Catholic missions. In 1946, Dahomey became an overseas territory with its own parliament and representation in the French national assembly. On December 4, 1958, it became the République du Dahomey, self-governing within the French Community. On 11 July 1960 France agreed to Dahomey becoming fully independent. 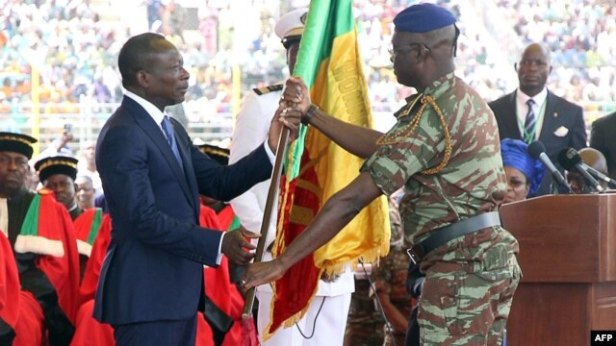 President Talon swearing in on the 6th of April, 2016

Climate: Tropical, average temperatures between 24 and 31 C. Humid in south; semiarid in north.

About Damex MrCoded 1528 Articles
Entertainer with a difference, blogger and entrepreneur. Nigeria born Malaysian writer, am funny and I don’t flirt, quote lover. Composer of famous quote: "The goal is to be Holy, not to look Holy"